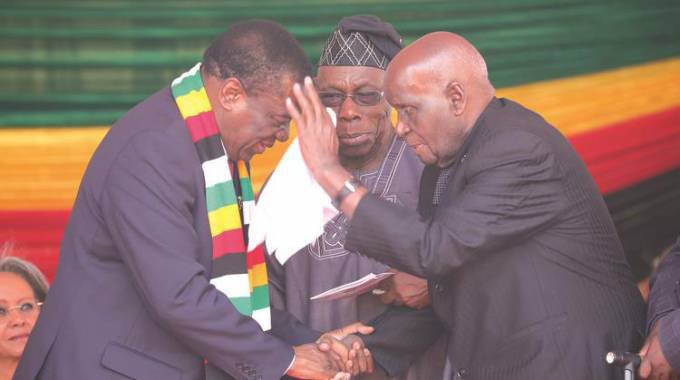 KENNETH DAVID KAUNDA, or KK as he was fondly known, was a beacon of African nationalism.

He will be remembered as a leader who gave refuge to revolutionary movements, introduced democracy to his country and an international diplomat who punched well above his weight in world affairs.

The charismatic president, who ruled Zambia for over 27 years, departed to the yonder world on June 17 at the ripe age of 97.

The death of Kaunda is about to close the last chapter of the revolutionary leaders who fought for the independence of African countries from white colonial rule.

KK was a voice of reason, together with Frontline States leaders, like Robert Mugabe, Oliver Tambo, Samora Machel, Julius-Nyerere and Sam Nujoma.

He was in the league of Kwame Nkrumah and Jomo Kenyatta.

His death means that Sam Nujoma of Namibia is the last man standing.

During his days in office, from 1964, he fought for majority rule of his neighbours, hosting the headquarters of the African National Congress (ANC), South West Africa People’s Organisation (SWAPO) and Zimbabwe Africa People’s Union (ZAPU) in his country, Zambia.

Rhodesian forces raided the camps (Mkushi, Freedom, Chifombo and Mulungushi Camps) in Zambia, in the process killing innocent Zambians in a bid to discourage Kaunda from housing the anti-colonial fighters.

But he did not waver until Zimbabwe was free.

For South Africa, he led the diplomatic offensive on the international stage against apartheid and the continued imprisonment of Nelson Mandela.

Zambia served as the long-time base for the ANC, hosting many of its leaders, such as Tambo, Thabo Mbeki, and Jacob Zuma.

He attempted the same in the then South West Africa (Namibia), which was administered by South Africa.

But President P.W. Botha, who succeeded Vorster after his death, showed no interest.

Kaunda also helped lead the Non-Aligned Movement, which brought together States that did not align with either the Soviets or the Americans, during the Cold War.

He invited China to help build the Tazara Railway and bought 16 MIG-21 fighter jets from the Soviet Union in 1980.

Kaunda was born in Chinsali, Northern Zambia, on October 24 1924.

Like so many of his generation of African liberation leaders, he came from a family of the mission-educated middle class.

He was the youngest of eight children.

His father was a Presbyterian missionary teacher and his mother was the first qualified African woman teacher in the country.

He followed his parents’ profession, first in Northern Rhodesia, where he became a head teacher before his 21st birthday.

He also taught in the then Tanganyika (Tanzania), where he became a lifelong admirer of future President Julius Nyerere, whose ‘Ujamaa’ brand of African socialism he illuminated.

After returning home, Kaunda campaigned against the British plan for a federation of Southern Rhodesia, Northern Rhodesia and Nyasaland, which would increase the powers of white settlers.

He took up politics full-time, learning the ropes through working for the liberal Legislative Council member Sir Stewart Gore-Browne.

Soon after, as secretary general of the Northern Rhodesian African National Congress, he was jailed for two months with hard labour for distributing ‘subversive literature’.

After his release, he clashed with his organisation’s president, Harry Nkumbula, who took a more conciliatory approach to colonial rule.

He was jailed for nine months.

After his release, a new movement, UNIP, chose Kaunda as its leader.

In July 1960, he travelled to Atlanta, America, and met Martin Luther King.

Inspired by King and Mahatma Gandhi, in July 1961, he launched the ‘Cha-cha-cha’ civil disobedience campaign.

It included strikes, setting ablaze key buildings or areas, blocking roads, boycotts and protests in Lusaka and across the country.

The campaign was named after the popular dance of the early 1960s, the ‘Cha-cha-cha’, as it signalled how it was time for Britain to ‘face the music’.

Also referred to as the ‘African Gandhi’ for his non-violent activism, Kaunda led Northern Rhodesia to independence in October 1964, ending Zambia’s legal status as a British protectorate.

With the country renamed Zambia, a derivative from the Zambezi River, KK became the first president of the new country under the United National Independence Party (UNIP).

Almost immediately, Kaunda was confronted by the white Rhodesian rebels’ unilateral declaration of independence on November 11 1965.

Kaunda’s economic policy was framed by his belief in what he called ‘African humanism’ but also by necessity.

He inherited an economy under foreign control and moved to remedy this.

For example, the mines owned by the British South African Company (founded by Cecil John Rhodes) were acquired as a result of colonial conquest in 1890.

However, the policy was undermined by the 1973 spike in the oil price and fall in the price of copper, which made up 95 percent of Zambia’s exports.

Kaunda at first resisted but, by 1989, was forced to bow to its demands.

In 1991, he acceded to the demand for a multi-party election in which he and his UNIP party were defeated.

KK accepted the result and retired.

In an emotive nationwide radio and television broadcast at the time, he said: “You win some, and you lose some elections.”

He had already phoned his successor, Frederick Chiluba, telling him:

“Mr President-elect, the people of Zambia have given you an extremely difficult job. I stand ready to assist you, if you need my services. For the time being, God bless and goodbye.”

KK continued in politics as a mediator in conflicts in the region, such as in Kenya and Zimbabwe.

Despite his pursuit for liberty, freedom and self-determination in the fall of white-minority rule in South Africa, Zimbabwe, Namibia and Zambia, Kaunda did not receive a Nobel Peace Prize.

He was far more deserving than many other people who have received the prize, such as Fredelik William de Klerk in South Africa and Ethiopian Prime Minister Abiy Ahmed.

Prime Minister Ahmed, who won the Nobel Peace Prize in 2019, has plunged his country into war and shedding blood in the Tigray region.

On January 29 2020, Dr Mwelwa Mulenga and Dr Earnestine Robertson based in the US and Zambia’s Ambassador and Permanent Representative to the African Union His Excellency Emmanuel Mwamba filed a nomination with the Norwegian Nobel Institute for Kaunda to be considered for the award of the 2020 Nobel Peace Prize.

The proposed nomination was accepted by the Norwegian Peace Committee but did not receive a favourable response.

Nobel Peace Prize or not, Kaunda’s work speaks for itself and his legacy shall forever be cherished by all Africans.

May his soul rest in power!