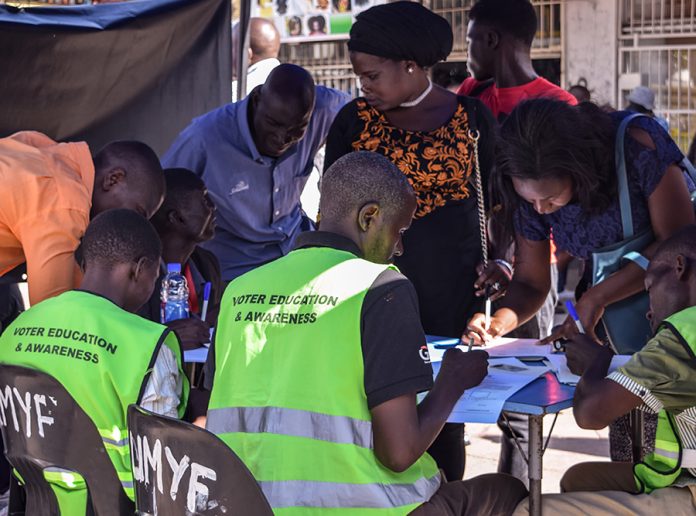 WESTERN founded and funded political NGOs, media houses, individuals and entities alike have embarked on what they describe as an audacious and relentless internal and external onslaught on Government before the 2023 harmonised elections, information gathered by this publication reveals.

The new thrust is premised on the country reaching what they are calling a ‘tipping point’ where they will be ‘certain’ of an ‘uprising’ resulting.

This has seen the usual Rhodesia-inclined economists ‘predicting’ that the Zimbabwe dollar and its economy will collapse by year-end.

Others have been lobbying for the authorities to abandon the local currency in order to pave way for narratives to the effect that we are a failed State.

They intend to rope in some neighbouring countries in the hope that their wicked operation will gain traction across the region.

The plan, which revolves on paralysing the economy as seen by nefarious activities of some people within the business community, will also target civil servants, with the education and health sectors their first port of call.

There have been several attempts by Western countries, led by the abrasive US, to pile pressure on the Government in order to avoid the looming embarrassing defeat that is staring the opposition in the 2023 elections.

The hasty formation of CCC on January 22 2022 was meant to test the waters but the trouncing of the opposition party in the March 26 2022 by-elections has seen Western countries changing tack and summoning their NGOs to go on a drive to plunge the country into chaos so that the polls can either be shelved or another Government of National Unity (GNU) would be in the offing.

On February 12 2022, Uncle Sam unwittingly released a document containing names of the NGOS and related organisations they will be working with to cause anarchy and chaos in the country.

The funds are being channelled via National Endowment for Democracy (NED), a notorious outfit that has been frantically working to effect regime change in the country through illegal means.

NED was recently caught napping following stunning revelations that it received huge funding to propagate anti-Russia narratives in the ongoing conflict between Moscow and Ukraine.

The startling revelations are contained in a March 11 2022 piece published by this publication titled ‘NED by-elections shocker…Zimbabweans beware!’

Alan Macleod Rokfin, in a damning document that revealed the US government’s funding for the promotion of an anti-Russia narrative in Ukraine, contends that:

“Amid soaring tensions with Russia, the US is spending a fortune on foreign interference campaigns in Ukraine.

Washington’s regime change arm, the NED, has spent US$22,4 million on operations inside the country since 2014 when democratically-elected President Viktor Yanukovych was overthrown and replaced by a successor government handpicked by the US.”

NED is an NGO in the US that was founded in 1983 for ‘promoting democracy in other countries by promoting democratic institutions such as political groups, trade unions, free markets and business groups’.

NED is funded primarily by an annual allocation from the US Congress.

It was created by the Democracy Programme as a bipartisan, private, non-profit corporation and, in turn, acts as a grant-making foundation.

The madness will soon come to agonising end.

Compounding the West’s frustrations has been the dismal failure by the opposition and their civil society allies to mobilise young people, whom they claim will vote for them, to register to vote.

Millions of dollars have been spent by Western countries for voter education and registering programmes but as is always the case with the opposition and political NGOs it was yet another money-making project for ‘clever’ activists who have been making a killing from the naïve West, on an exercise in futility.

However, that has done little to quell Uncle Sam’s desire to cause anarchy.

The trio met US Charge d’ Affaires Thomas Hastings whom they lied to that they would cajole teachers to embark on a strike.

That strike never materialised, with the ‘clever’ trio walking away with thousands of Uncle Sam’s dollars.

Masaraure promised to team up with the erratic Jacob Ngarivhume to bring the economy to its knees through what they dubbed #shutdownzimbabwe which was supposed to take place on May 9 2022.

The shutdown was, as expected, yet another monumental flop.

Let no one be fooled by the seemingly friendly, silence coated gestures being thrown by the NGOs in recent times; they are busy shifting bases following the realisation the Government is not going to budge on enacting the PVO Bill.

“Political NGOs and those who created them — Western interests, governments and embassies here — have realised they have lost the fight against the PVO Bill,” wrote Presidential spokesperson George Charamba in The Saturday Herald last week.

“The Government delayed its passage not because it hesitated, but because… in its original form, the Bill was too supple for the mischief it is meant to cure.

It has since been strengthened, tightened, which is why all political NGOs led by Peter Mutasa’s so-called Crisis in Zimbabwe Coalition, are in frenetic flight, busily relocating their offices and their accounts to different jurisdictions within our neighbourhood.”

Well, our neighbours have been generous enough to alert the authorities of the devious activities of Uncle Sam’s stooges in their territories.

Winter has come, brutal nights of forbidding cold await those who believe they operate under the cover of darkness and can thus cause anarchy in the country.

Soon we will be outing names and activities of those who have been engaged to cause a winter of discontent in the country.