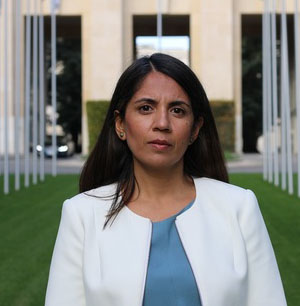 WHEN the world joins Zimbabwe in calling for the unconditional removal of Western-imposed illegal economic sanctions on the country on October 25, it will not only be about preserving Harare’s enduring but agonising history but securing its future.

The country’s sanctions history makes excruciating reading as, time-and-again, it has been revealed that the embargo was put in place with active participation of quislings among us who sought to antagonise the masses as a way of turning them against the ZANU PF Government.

Former opposition members, like Obert Gutu, Gabriel Chaibva and Tongai Matutu, have openly admitted to calling for the imposition of the dreadful sanctions against the country to pave way for their ascendancy to the throne and are accused of being ‘agents of the regime’ for laying bare their gory actions.

Since the historic declaration by SADC at its 39th Heads of State and Government Summit on August 18 2019 in Dar es Salaam, Tanzania, October 25 has become the solidarity day against the widely discredited embargo. Global pressure is also mounting on the beleaguered West which is battling against a calamitous economic recession precipitated by its ill-thought decision to impose sanctions on the tenacious Russia over its conflict with Ukraine.

This enduring history, borne out of suffering and sacrifice, is being tainted by the West’s quislings who are caught in a time warp.

The tragedy of quislings is that they never learn from history.

In fact, they never learn from anything except their self-serving foolishness which they embrace as if their debauched lives depend on it even when it fails to produce the desired results.

Even the glaring signs that, gone are the days when the West used to own and control the world, have done little to placate their ridiculous hankering for the installation of a puppet government in Zimbabwe and elsewhere for that matter.

This came to the fore only last week when the US, the UK and their new found love, Ukraine, voted against a UN resolution to take action against racism.

The resolution titled: ‘From Rhetoric to Reality: A global call for concrete action against racism, racial discrimination, xenophobia and related intolerance’ was tabled before the UN Human Rights Council on October 9 2022.

“The resolution among other things reiterated that the transatlantic trade in enslaved Africans and colonialism were grave violations of international law that require States to make reparations proportionate to the harms committed and to ensure that the structures in the society that are perpetuating the injustices of the past are transformed, including law enforcement and the administration of justice,” The Premium Times said in a report last week.

“It noted that although some States have taken the initiative to apologise and have paid reparations, where appropriate, for grave and massive violations, those that have yet to express remorse should find some way to contribute to the restoration of the dignity of victims.

The resolution also called upon the relevant States that have not already done so to dispense reparatory justice, including finding ways to remedy historical racial injustices to the development and recognition of the dignity of the affected States and their people.”

But the UK, Zimbabwe’s former coloniser and chief proponent of the illegal regime change agenda in the country and a nation in dire straits, and strolling towards the very mouth of a precipice, flatly refused to condemn the resolution.

Its Human Rights Ambassador, Rita French, said the slave trade and colonialism were not in violation of international law!

“We do not agree with claims made in this resolution that States are required to make reparations for the slave trade and colonialism which caused great suffering to many but were not, at that time, violations of international law,” she said in statement

“Moreover, these claims divert focus from the pressing challenges of tackling contemporary racism and global inequality which are global challenges (in) all regions”

Astonishingly, it is the same arrogant UK which is clinging on to the heads (skulls) of our First Chimurenga heroes and heroines in their museums as war trophies where our quislings run to for purported solace which is shamelessly disguised as ‘democracy’.

But their delusions are beginning to irritate.

Operating under strict instructions from their handlers to claim that sanctions have not laid siege on the country’s economy, the likes of Hopewell Chin’ono whose dirty shenanigans we will soon bring into the open, the equally inept Gift Ostallos Siziba, the only person curiously holding a position in the structureless CCC, Fadzayi Mahere, Amos Chibaya, and Netsai Marova are currently in Europe and the US, embarrassing the country for a few pieces silver from the gullible West.

They naively say corruption, which is being deftly dealt with by the authorities, is the cause of the country’s economic challenges.

We are reminded of the statement, in 2005, by former US Ambassador to Harare, Christopher Dell, who described his country’s sanctions law (ZDERA) as ‘the cornerstone of US policy on Zimbabwe’ before making the following declaration:

“Neither drought nor sanctions are at the root of Zimbabwe’s decline. The Zimbabwe Government’s own gross mismanagement of the economy and its corrupt rule has brought the crisis.”

We are fully aware that the West has openly told the stuttering CCC that the 2023 harmonised elections are their last dance and failure to claim power will result in ties being cut off.

And they are going to get a shellacking of historic proportions.

Crucially, the powers that be are armed with the knowledge of when those polls will be held.

Let no-one be surprised when the proclamation is made.

As the country continues with its economic revival efforts and stern push for the removal of the sanctions, there is need, as we have said time-and-again, to expedite the consummation of the Private Voluntary Organisations (PVO) Bill.