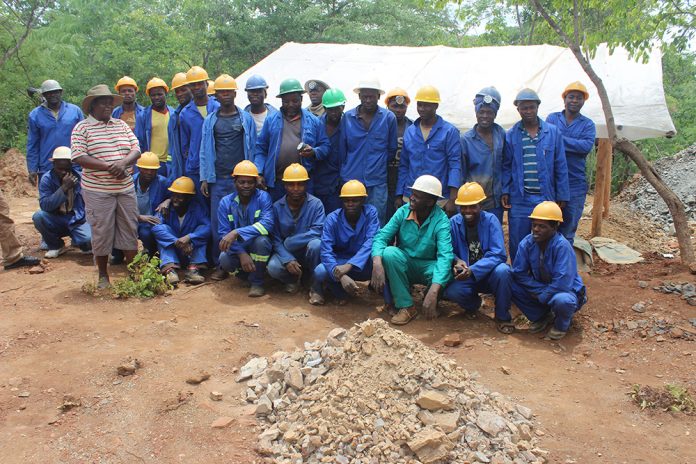 FROM barter trade, eventually ‘money’ was created, the value of which was backed by gold kept in a national reserve.

Coins and paper money were the physical items used as the mediums of exchange.

That was the beginning of widespread use of what is called fiat money.

Although America did not hold a specified amount of gold, it was agreed by the UN and assumed that its economy had sufficient value to guarantee the US dollars.

The strength of ‘fiat’ money is based on faith in the accumulated wealth of a country.

The strength of a country’s currency is measured by the accumulated goods and services it commands.

Gold is still a major source of value.

Countries with huge reserves of gold will be expected to have stable currencies.

Many have argued that if we can accumulate large reserves of gold, our Zimbabwe dollar would be stable as we can use the gold to defend its value. Then we encouraged artisanal miners so as to increase gold reserves.

Unfortunately, horrendous environmental damage has been caused by these uncontrolled and unregulated small scale miners, with the bulk of gold smuggled out of Zimbabwe.

Apart from gold, the accumulated reserves of foreign currency from exports can also underpin the value of a country’s currency.

There is no specific requirement for physical gold to match the value of fiat money which is essentially paper money made legal tender by a government decree.

Commodity money, on the other hand, is money whose value is backed/supported by goods, like gold reserves.

We shall discuss types of money in a separate article for information purposes.

For example, if Zimbabwe sells a lot of platinum, the country will accumulate foreign currency reserves valued in US dollars.

At the end of the Second World War, the various countries met at a place called Bretton Woods in New Hampshire in the US and agreed to adopt the US$ as the reserve currency for exchanging goods and services. At that time, the dollar was a commodity currency backed by gold of which the US possessed more than 50 percent of world stocks at 574 million ounces.

In 1971, US President Nixon, in response to inflation and financial stress from the Vietnam War, unilaterally cancelled the international convertibility of the US dollar to gold.

The US dollar became a fiat currency whose value is maintained by a government decree that this paper is money.

We shall discuss this more in another article.

To get back to our discussion, each country has established a Central Reserve Bank into which all proceeds of sales of goods and services to other countries, valued in US dollars, are deposited. These are referred to as foreign reserves.

Countries with large foreign reserves are economically powerful as they can buy various goods from anywhere in the world using their foreign currency reserves to pay.

So we can see that to get foreign currency into the country, companies, individuals or government corporations must first produce the goods and then sell them to other countries to receive payment in the reserve currency, the US dollar.

There is no other way for a country to obtain foreign currency except to sell goods and services to external clients. Of course, rich countries give charity to poor ones in the form of aid. That is how neo-colonialism is perpetuated.

Apart from ‘goods’, countries also generate wealth by providing ‘services’, that is work done and for which payment is made in foreign currency deposited in the reserve bank of the country providing the services.

In short, we can see that to earn foreign currency Zimbabwe, its citizens and businesses must produce goods (minerals, crops, manufactured finished products) and services (provided by people who go out to work as scientists, nurses, doctors and agricultural experts, among others) all of which must be marketed outside the country and be paid for in foreign currency (US$).

So, if we produce very few goods and provide very few services, very small amounts of foreign currency will come into the country.

This means, when we want to import goods and services into our country such as fuel, medicines, fertilisers, machinery), we will be unable to pay for them due to our limited resources. So the country will suffer serious shortages.

Even where we should grow our own crops, we may fail to import enough diesel fuel and fertilisers due to lack of foreign currency reserves.

The real answer to the above challenges is to educate and train highly competent workers who produce large quantities of high quality goods and services which we will market at high prices and be paid huge amounts of foreign currency to use for our own needs. The economy needs to be organised for production of goods and services.

The current economic activity scenario where the majority of Zimbabweans spend time sitting on roadsides, vending used clothes and vegetables or ‘hustling’, reflects there is little or no productivity. As a result, the country has very little to market outside to bring in the much needed foreign currency.

And so, we come back to the call by many Zimbabweans for US dollarisation!

The call for dollarisation is increasing everyday even from the educated and those who have lived in the US where the US dollar is the local currency!

Do the people calling for dollarisation realise that the first call is for Zimbabweans to sweat so as to earn those US dollars.

Our Government cannot create US dollars.

Zimbabwe has no authority to print US dollars.