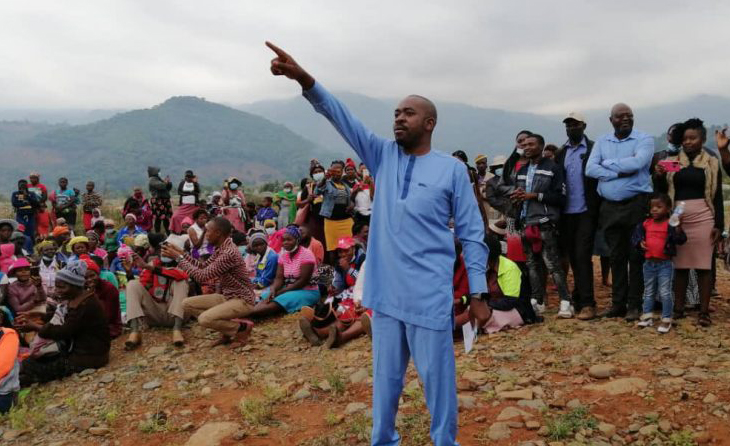 THE Second Republic, through its resilience, is making significant strides towards development under the harshest of conditions wrought by Western-imposed illegal economic sanctions.

There are sellouts who requested the imposition of sanctions and continue urging tightening of the same on Zimbabwe.

Indeed, these are our very own people turned traitors who are not afraid of planting the Judas’s kiss on the millions of affected Zimbabweans.

They would sell their mothers, their entire legacy and the whole nation for 30 pieces of silver.

They are wolves in sheep skin pretending to be worried about the wellbeing of those they seek to lead, patting them on the back while feeling for a soft spot to stick the knife.

Each time the sanctions are renewed, the innocent citizens find themselves in an untenable situation, while the Government is hard-pressed to keep the country running.

The achievements of the Second Republic are lost on this lot.

It is an open secret that certain individuals and groups have a habit of creating non-existent crises and violent incidences timed to coincide with important regional, continental and global events.

The latest drama is playing out to coincide with the Anti-Sanctions Day around the corner.

Lately, reports filtering in are of supposed violence by ZANU PF members on opposition CCC members.

On Sunday, October 16, it was reported that several CCC party supporters sustained injuries after they were allegedly assaulted and roughed up by some ZANU PF members who they encountered while preparing for by-elections for Ward Two in Matobo, Matabeleland South Province, which are slated for October 22 2022.

They even claimed that women were stripped naked, while shots were fired at them.

To buttress their story, they went on to take pictures of women who were almost half naked.

They even shot videos narrating the violent clashes they claimed had all been captured on camera.

But of course they are yet to present pictures and videos of someone shooting at them or stripping women naked.

Despite claiming they are a ‘democratic’ party, the claim to those lofty ideals ends in the word only since CCC — which has morphed from the MDC T — has a history of violence since its inception.

And yet they somehow end up playing the victim card!

Indeed they are setting a toxic precedence of violence ahead of the anti-sanctions day and the 2023 elections.

It had become too obvious to our friends around the region that sanctions were not as a result of so-called human rights abuses, stifling of democratic freedoms or the lack of rule of law as claimed by the West.

The report clearly stated that sanctions are illegal and affecting the ordinary Zimbabwean.

After witnessing first-hand the impact of sanctions on the ordinary citizens, Professor Douhan recommended that these sanctions be lifted as they undermine the very principles, values and norms of democracy.

In October 2021, Professor Douhan was in the country on a 10-day fact finding mission on the effects of the illegal sanctions imposed on Zimbabwe by the West and clearly highlighted the economic collapse caused by these sanctions.

As she moved around the country it became clear to Professor Douhan that these sanctions had had a ripple effect and were affecting everyone, and that they were not targeting individuals and entities as was being claimed.

“The US and other States should lift their sanctions on targeted individuals and entities and end overcompliance. The time is ripe for sanctioning States and key national stakeholders to engage in a meaningful structured dialogue on political reform, human rights and the rule of law, and abandon rhetoric on sanctions as an advocacy tool,” said Professor Douhan.

“Over the last 20 years, sanctions and various forms of overcompliance with sanctions had an insidious ripple effect on the economy of Zimbabwe and on the enjoyment of fundamental human rights, including access to health food, safe drinking water, sanitation, education and employment.

This resulted in inefficient high cost bank-transactions, serious challenges in accessing credit lines and major disruptions in supply chains which impinge the ability to secure infrastructure financing and business continuity.”

It was also during Professor Douhan’s visit CCC supporters claimed to be victims of political violence in Masvingo.

Pictures of the purported victims covered in bandages were circulated on social media.

When the Zimbabwe Democracy and Economic Recovery Act (ZDERA) was passed, it was meant to make the economy ‘scream’ so that the West would be able to impose their puppet leader.

The country had been targeted for regime change precisely because of the land reform and that it had challenged the West’s predatory and primitive view of the African people.

The illegal sanctions were imposed on December 21 2001 under the Zimbabwe Democracy and Economic Recovery Act (ZDERA) of 2001, owing to the country’s Land Reform Programme.

Comparatively, who can be said to have ‘victimised’ the people of Zimbabwe: the one who calls for the country to be put on sanctions or the one who redistributes land to the citizens to correct an unjust historical past?

The Land Reform Programme saw more than 400 000 black households owning land which was previously owned by only 4 000 whites.

The move jeopardised European interests as it effectively put an end to white monopoly of the farms.

As a result, the country has lost over US$100 billion in revenue over a period of 20 years.

Families have lost their loved ones as a ripple effect of sanctions due to shortages of basic healthcare in our hospitals.

We could go on and on.

However, let it be known that the country’s traitors will not be tolerated.

Even now, they roam in foreign lands calling for tightening of sanctions not knowing their secret visits are not so secret.

That Judas kiss will be their poisoned chalice.