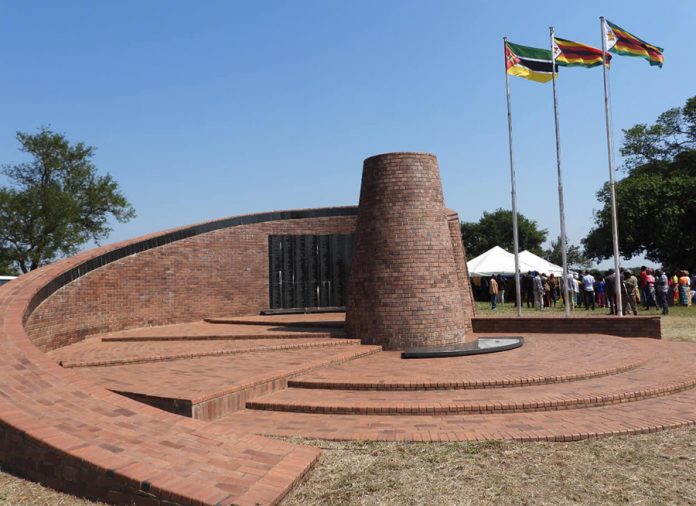 IN Zimbabwe, November is synonymous with Chimoio – a mindless massacre of innocent Zimbabwean lives wrought by the racist Rhodesian forces.

We can only commiserate for those who survived this traumatic colonial carnage on defenceless African people.

In the 1970s, Ian Smith’s Government instituted a regime of concerted curfews, arrests, harassment and beatings to keep indigenous Zimbabwean people ‘in check’.

Sniffer dogs, military air raids, bombings and violent attacks on innocent civilians could not extinguish the fire of resistance burning in the people that characterised the war of independence and the spirit of Chimurenga.

Intimidation, subjugation, forced labour (chibharo) and human displacement violated the human rights of African Zimbabwean people and the restitution of prosperity for the original the owners of MaDzimbawhe, a land blessed with a plethora of natural resources.

At the heart of the Rhodesian occupation and resistance was their refusal to relinquish their illegal avaricious grip on our abundant endowments – both land and mineral. The brutal occupation remains an uncompensated issue and serves as a tragedy of the war.

Today, monuments at Chimoio, Mboroma, Nyadzonia, Mavonde and other sites stand as important reminders of momentous events in our nation’s history and Zimbabwe’s transition to independence and Mozambique’s important role by providing refuge for Zimbabweans displaced by war during those grim times.

Monuments and/or memorials have been created for thousands of years.

They are often the most durable and famous symbols of ancient civilisations.

In prehistoric cultures, large numbers of structures have been created across the world.

The many forms of monumental tombs of the more wealthy and powerful members of a society are often the source of much of our information from those cultures.  As societies became organised on a larger scale, so monuments became larger and enduring like the the Pyramids of Egypt, the Parthenon in Greece and the Great Wall of China.

They have become symbols of their civilisations.

In more recent times, monumental structures such as the Statue of Liberty in the US, the Eiffel Tower in France or Great Zimbabwe in southern Africa, have become iconic emblems of modern nation-states.

Monuments are structures created to commemorate a person or important event, or which has become important to a social group as part of their remembrance of historic times or cultural heritage, or as an example of historic architecture.

Most memorials are placed in public spaces with the intention of maintaining an aspect of history; a way in which communities maintain conscious thought.

They are public reminders of who we are and where we have come from.

Their intentions are both to honour and to warn.

Nations, states, cities, towns, neighbourhoods and families all have memorials as conscious reminders.

They are often designed to convey historical or political information and sometimes used to reinforce the primacy of contemporary political power.

Memorials are a way in which communities maintain conscious thought.

Their intentions are both to honour and to warn.

Nations, states, cities, towns, neighbourhoods, and families all have memorials which maintain a conscious reminder of an aspect of history.

We are motivated to build markers to remind ourselves of the tragedies and epiphanies that affect our lives.

While history repeats itself, memorials attempt to interrupt that cycle.

Many countries use the term ‘Ancient Monument’ or similar, for the official designation of protected structures or archaeological sites which may originally have been ordinary domestic houses or other buildings.

Some structures that were created for others purposes and made notable by their age, size or historic significance may also be regarded as monuments.

Is it possible for a nation or a race to suppress a memory? If this is the case, do memorials keep traumatic events conscious and thus prevent the atrocities from repeating? However, even with memorials we need to recognise that history keeps repeating itself.

In colonised countries, monuments were erected to remind colonised populations of their link with their colonisers.

The British Empire which was symbolised through monarchical figures of the Queen-Empress Queen Victoria and King-Emperors King George V, formed an imperial aesthetic.

The head of the British monarch was chosen to embody the empire.

Not only were these monuments used to assert colonial authority but they were also used to assert their place in the British Empire and prove to the imperial power the colony’s position as a loyal member of the empire.

This was further emphasised in the unveiling ceremonies where the whole choreography of events surrounding the occasion created a particularly British visual spectacle.

Queen Victoria’s statue was one of three monuments to British monarchs in colonial Africa.

These British monarchical figures contributed to the construction of a landscape of colonial power. Celebration of the monarchy was part of the process through which Britain linked its empire as a social entity, through the reproduction in its periphery of its own perceived domestic social hierarchy.

The dedication of monuments into the landscape can be seen, from a post-colonial perspective, as a cultural tool in the project of imperialism, subjugation of indigenous peoples and political bondage.

The unveiling of the monuments was a means of highlighting to the people the authority of the colonial empire in that country.

It was also used to illustrate that British authority had been asserted on the colonised.

Consistency in design allowed for strong connections and links between the landscapes of remembrance.

This was extended to memorials naming the British and colonised officers and men who died in the two World wars.

Through war cemeteries, the Africans who died in the Second World War were included in the empire’s wider commemoration of the war dead and became part of the symbolic landscapes of remembrance.

But even as Africa was scrambling for its independence, the British continued to assert their cultural power and brand their imperial stamp on colonised landscapes.

Settler-monuments in colonial Africa consisted statues such as those of Cecil John Rhodes which helped to create an identity for themselves.

As evidenced from these monuments, settlers retained a connection with Britain as well as drawing on the African land.

Furthermore, examining these monuments reveal the often uneasy relationships and battles of power between the settlers and the colonial government.

Colonial monumental landscapes were inscribed by those who had the power to do so and they controlled what was written into the landscape.

However, through wreckage of the monumental landscape, resistance by the colonised could be made apparent.

Colonial government concerns over the threat of possible defacement and damage to colonial monuments are apparent throughout archival records.

This awareness of an underlying resistance became a frantic concern as African countries approached their independence.

As soon as a country achieved its independence, the once-colonised removed monuments erected by the former coloniser.

Rhodes’ statues were the first of the colonial-era monuments to be removed in the transition to independence in Zimbabwe.

With the achievement of independence however, in some African and Asian states, the transfer of power from the coloniser to small political elite, groomed by the coloniser ensured the continued domination of the ordinary public.

The subaltern in colonial Africa was composed of the colonised – the Africans.

With the achievement of independence, a section of the former colonised became the dominant group and the stratification of society shifted from being one divided along racial lines to one organised by class and wealth.

Independence was not necessarily accompanied by cultural decolonisation and a form of neo-colonial domination persisted in which the state ‘identifies with the imperialist heritage, colonial and neo-colonial, and it sees in imperialism the motive force of development’. This is apparent where the erection of monuments by the new post-independence ruling elite continued to be used as a tool in the assertion of power.

Post-colonial states use Western tradition of monuments as a means of writing their version of history.

Pre-independent Zimbabwe was occupied and run by a hostile and brutal regime whose mandate was to eliminate any uprisings and purge any physical, spiritual and mental claim of the African people to their birthright and land of origin.

They achieved this by erecting monuments of colonial pioneers.

In memorials and monuments we see the difference between temporal and permanent markers; between worshipping a heroic figure and grieving the loss of thousands of lives, between a distant history, a recent history, and the present, and between a national symbol and a political gesture.

While their message can be very different, they function as repositories for memory and present a paralleled study of history based on the premise that one can see further when standing on the shoulders of giants.

More than a memorial monument, Chimoio stands as a site of our heroic resistance.

Chimoio was an important refugee camp during the war, ensconced on the border with Mozambique.

The camp was suspected to be a ZANLA military headquarters and was targeted by the Rhodesian military forces at the height of the war of liberation.

Here, in an attempt to annihilate the freedom fighters, the full impact of colonialism, white settler-immigrant policies and unequalled military power resulted in volleys of gunfire, barrages of bullets and conflagration of fire that was wrought by low flying Dakota planes over the not-yet-awake camp early on the morning of November 23 1977, ruthlessly murdering innocent people – mostly women and children, in cold blood.

Today the enormity of the Rhodesian settlers’ atrocities are forever engraved in our minds and memorised in the memorial structures at Chimoio, Mboroma, Nyadzonia and Mavonde, that stand resolute in the sanguine soils.  They preserve the memory of our resistance to colonial bondage and occupation of our land and prevent the subjugation of our history.

They stand as enduring epitaphs for the catastrophic sacrifice made by those who served in the war and for those innocent civilians, women and children caught in the crossfire to liberate Zimbabwe – our God-given ancestral lands.

It is pertinent therefore, in our current times of socio-economic progress and the peace we enjoy today, that we reflect on the insurgency that bestowed us this freedom, particularly which the younger post-1980 generation take for granted.

To those who gave limb and life – we salute you!

To those who lie in long forgotten sanguine soils – we salute you!

Dr Tony Monda holds Ph.D., DBA., in visual art and heritage studies. He is an art consultant and cultural critic. For views and comments, email: tonym.MONDA@gmail.com