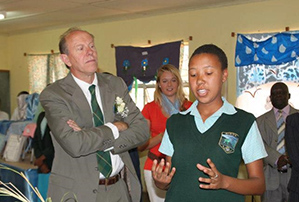 IN the previous episode we argued that it is people that make up the economy.
More importantly it is the capacity of those people to implement the various programmes that constitute the national economy.
In terms of the formal economy, it is the technocrats who must oversee the effective implementation of economic projects for the benefit of the general populace.
Even for the so-called informal sector, the general populace must be conscious of and proud of their cultural identity and be committed to build a sustainable economy.
The technocrats need to be imbued with a nationalistic and pan-Africanist world view.
Even as they work to earn a living for themselves and their families, they must embrace a broad nationalist view with commitment and dedication to building enduring national institutions that are the essential building blocks of the economy.
In other words, the technocrats, teachers, engineers, farmers, business leaders and the broad mass of workers must be patriotic; they must not only believe in themselves and the things they do, they must be passionate about them.
They must take offence when their country, their leaders and their systems are subjected to unwarranted vilification, demonisation and outright condemnation by the country’s detractors.
In short, they must be prepared to defend Zimbabwe in all its diverse dimensions.
This is the human capital that is required to build a sustainable economy.
How does Zimbabwe build such human capital?
Only through a dedicated ideologically correct education system that deliberately imbues the young from kindergarten up to university with not only technical knowledge, but also the norms and cultural values that distinguish Zimbabweans and Africans in general.
Globalisation does not mean losing your identity.
It is common knowledge that colonial education in Zimbabwe and the rest of colonial Africa, prepared people to service the economic system of the colonisers.
Zimbabweans have prided themselves in their capacity to work anywhere in the English-speaking world.
The educated up to date (2015) consider themselves to be part of a global workforce not necessarily attached to their mother country.
Clearly we are talking about people with a colonial ideological orientation.
Most so-called educated Zimbabweans shy away when ‘ideology’ is mentioned.
They believe that ideology has to do with war veterans, ‘Marxism-Leninism’, ‘socialism’ and perhaps ‘Maoism’.
Their Western education has conditioned them to believe that ‘ideology’ is something inimical to their interests.
They do not realise that their very attitude to ‘ideology’ is part of a capitalist ideological conditioning against, especially nationalist and socialist ideologies.
To the extent that these ideologies focus on the interests of the majority of ordinary people, they are in resonance with the ideals of our liberation struggle.
The imperialists, our erstwhile colonisers, do not want us to embrace nationalist ideologies.
In Zimbabwe the so-called Educational Transition Fund is a deliberate and smart ploy to entrench and maintain a colonial education system where blacks remain perpetually second class players requiring constant tutelage from colonial Britain.
Thousands of textbooks were poured into the country during the period of the inclusive government when the then MDC Minister of Education, David Coltart championed the cause for maintaining the shackles of colonial education on Zimbabwe.
We are saying that the products of the education system are the ones who build the economy.
If they are proxies of the Western colonial system, they will build systems that are subservient to colonial economic interests.
Therefore it is imperative that we reform our education system to produce pan-African ideologically conscious generations who will build an Afro-centric economy.
The people are the critical software of the economy. But our education system should not be embroiled in the semantics of ideology.
Our African ideals are based on ‘ubuntu/unhu’.
Our education system must be guided by the ideals of ubuntu/unhu.
Our graduates must be fully appraised of our history of struggle for independence, the African slave trade and the great African civilisations and empires.
Our cultural and religious traditions must be taught to our children with a clear strong Afro-centric bias that places Africans at the centre of the universe and the scheme of things.
We cannot be passive partakers of foreign cultural products; language, dressing, music, religious practices.
Otherwise we will lose our identity and with that our independence and sovereignty.
We are saying it is graduates with a full appreciation of our origins, their culture and their past who can act to develop and sustain Afro-centric economic systems.
A human capital base that is Afro-centric has the best chance of fighting for the interests of Africa and the African people.
We are not advocating isolation.
The Chinese have sent thousands of scholars to the West to ‘learn the wisdom of the whiteman’.
These graduates have a clear Chino-centric ideological orientation.
Upon return to China they use the ideas and principles learnt in American and European universities to build Chinese economic institutions that compete successfully with the West.
As an example, the Indian Space Agency was started by Professor Rao who completed his doctorate at the California Institute of Technology’s Jet Propulsion Laboratory.
He took his thesis and course notes back to Delhi and, with full Government support, initiated the Indian Pace Programme.
Today India is one of the top countries in science and technology. The point is that ideologically-correct orientation is critical for education system graduates to build the various components of a sustainable economic system.
The courses taught from kindergarten to university must be carefully selected and developed, not to ape Europeans or other foreigners, but to develop independent-minded Afro-centric Africans who believe in themselves.
We should not be overly excited about education transition funds that in fact seek to derail our attempts to build independent Afro-centric education systems.