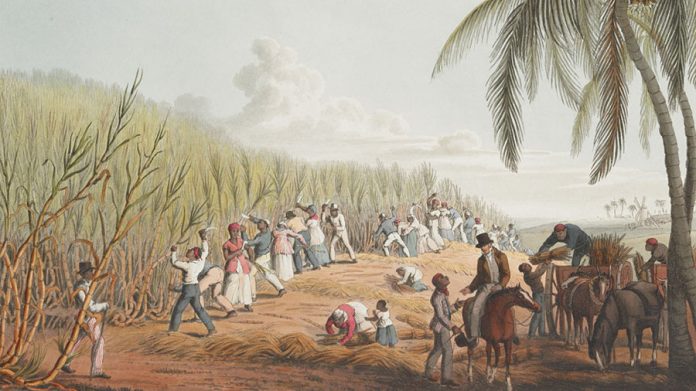 THE first empires in the New World and the Pacific were formed by Spain, Portugal and the Netherlands.

Each brought a different perspective to the enterprise, but all wanted to unearth wealth and bring it home to Europe. All of them looked on the world as a place to be looted. None was interested in settlement and cultivation.

In the end, each succeeded, but embedded in their successes were the seeds of failure.

Initially, the Spanish monarchs, like their Portuguese counterparts, attempted to achieve a monopoly on exploration and exploitation.

Unlike the Portuguese, after some initial failures and losses, the Spanish rulers were prepared to include merchants in their financing arrangements and backed explorers in the Americas as well.

Most of the explorers came from Spain and Portugal, but their financing originated in all quarters of Europe.

Some of the funds were derived from properties confiscated from the Jews and the Moors, but a good deal came from Italy and the German lands, where bankers who were involved with the Levantine and Asian trade now became interested in the Americas.

In time, bankers in Seville would obtain leverage in the financing, but in the beginning, with the Italian banks plagued by invasions and poor leadership, their German counterparts assumed greater importance.

The focus of their interest remained European and Asian, but they were also involved in syndicates that sent ships to the Americas and managed mines in Santo Domingo and New Spain.

The Welsers, for their part, attempted unsuccessfully to create a settlement in Venezuela, while in 1528, the Ehringers purchased a monopoly of the slave trade to the West Indies.

The religious wars of the Protestant Reformation, which involved the Spanish monarchs on the Catholic side, were costly, and were paid for by loans from German bankers as well as wealth from the New World extracted by conquistadores whose patents obliged them to set aside a large portion of the wealth they obtained for the Crown. German bankers also had leases on the Almaden mercury mines and the Guadalcanal silver mines in Spain.

The Spanish venture in the Americas was spearheaded by a group of adventurers known collectively as ‘the conquistadores’ who, along with their English, French and Dutch counterparts, engaged in a period of exploration that never has been equaled.

Not until manned expeditions to the planets and beyond occur, perhaps late in the 21st Century, will their exploits be surpassed.

The conquistadores organised expeditions, put out what amounted to prospectuses and sought financing.

After a conquistador received his patent and financing, he proceeded to raise bands of soldiers, attract settlers and purchase ships.

Under most grants, one-fifth of the profits would go to the leader of the expedition, with another fifth going to the Crown while the rest went to bankers, the soldiers, sailors and settlers.

Any land seized in the expeditions would belong to the Crown, but the leaders received substantial land grants and also had the right to bestow parcels on their comrades-in-arms.

Finally, the Church received generous land grants and each expedition was required to take along missionaries whose task was to convert the natives and make them more amenable to Spanish control.

From stations in the West Indies, the conquistadores fanned out to explore and plunder.

In 1508, Alonso de Ojeda founded a colony on the east coast of the Isthmus of Panama, and from there, in the summer of 1513, Vasco de Balboa crossed the isthmus and became the first European to see the western coast of North America; this, at a time when European mariners were already in the East Indies.

During the same decade, Diego Valasquez completed the conquest of Cuba while other Spaniards landed on the eastern coast of Central America.

Some ventured northwards and one, Lucas de Ayllon, may have gone as far as present-day Virginia before returning to the West Indies.

These northern expeditions might have continued had it not been for the exploits of Hernando Cortez in Mexico. Starting in 1519, Cortez and his band overran the Aztec Empire of Montezuma and laid hands on vast hoards of gold.

This was Spain’s first great treasure find in the Americas. Cortez’s conquests subsequently affected the course of world history.

They made Spain the wealthiest country in Europe and ensured that Spanish efforts in the Americas would centre around the search for precious metals, not for settlement sites.

The vision of a passage to the Indies also faded from Spanish minds.

Both of these would now be left to mariners, merchants and monarchs of other European nations, especially those of the Netherlands, France and England.

These countries, and not Spain or Portugal, would conquer North America, while the Spaniards and Portuguese concentrated on lands to the south.

Whereas much of the literature of the Spanish and Portuguese conquest in the Americas focused on what they took from the natives, most of the minerals came from mines discovered and exploited by these Europeans. In 1545, the largest silver mine ever known was discovered in Potosi in what is Bolivia today.

In time, there were many mines in the area; the largest owned and managed by Spanish businessmen who organised joint stock companies and purchased rights from the Crown, which also received a share of the metal extracted, usually one-fifth.

These mines gave rise to a major Spanish problem – the need for more labour.

By this time, a theory had developed to justify and explain the motives of Europe’s newly powerful monarchs.

In the 16th Century, as the regionalism that survived the Middle Ages was starting to be supplanted by nation-States, the pursuit of wealth became a matter of national as well as individual and family concern.

If the monarch were the father or mother to the people he or she ruled, did it not follow that all methods of enriching the State were desirable, while those that diminished wealth were to be averted?

So it appeared to the rulers of this period and to their subjects as well.

Thus emerged an economic doctrine which informed many of the commercial actions of the nation-States at that time continuing to the centuries that followed.  Known as ‘mercantilism’, it went virtually unchallenged in the 16th, 17th and 18th centuries; was tested in the 19th Century and persists in some forms and among some groups to this day.